It's been rather quiet in Otherwhile recently.  At least, it seems to have been judging  by the frequency of updates on this site.  In truth, there's been quite a lot going on: a near riot at the Applefall Fair, rebellion in the west, even - so they say - the disappearance of someone closely connected to the royal family.  Unfortunately I'm not in a position to tell you much more about these things, at least not right now.  Nor can I tell you more about The Veils, or The Voiceless or the Great Library of The Absented, though  all of these will come in time, as will the story of Vyolla Who Sings, which I promised you ages ago.

For now though, what I can give you is a picture.  You see I wrote a picture book for my niece, who is making the perilous journey from two to three, and my sister has just sent me this illustration for the book's cover.  I think it's rather marvellous. 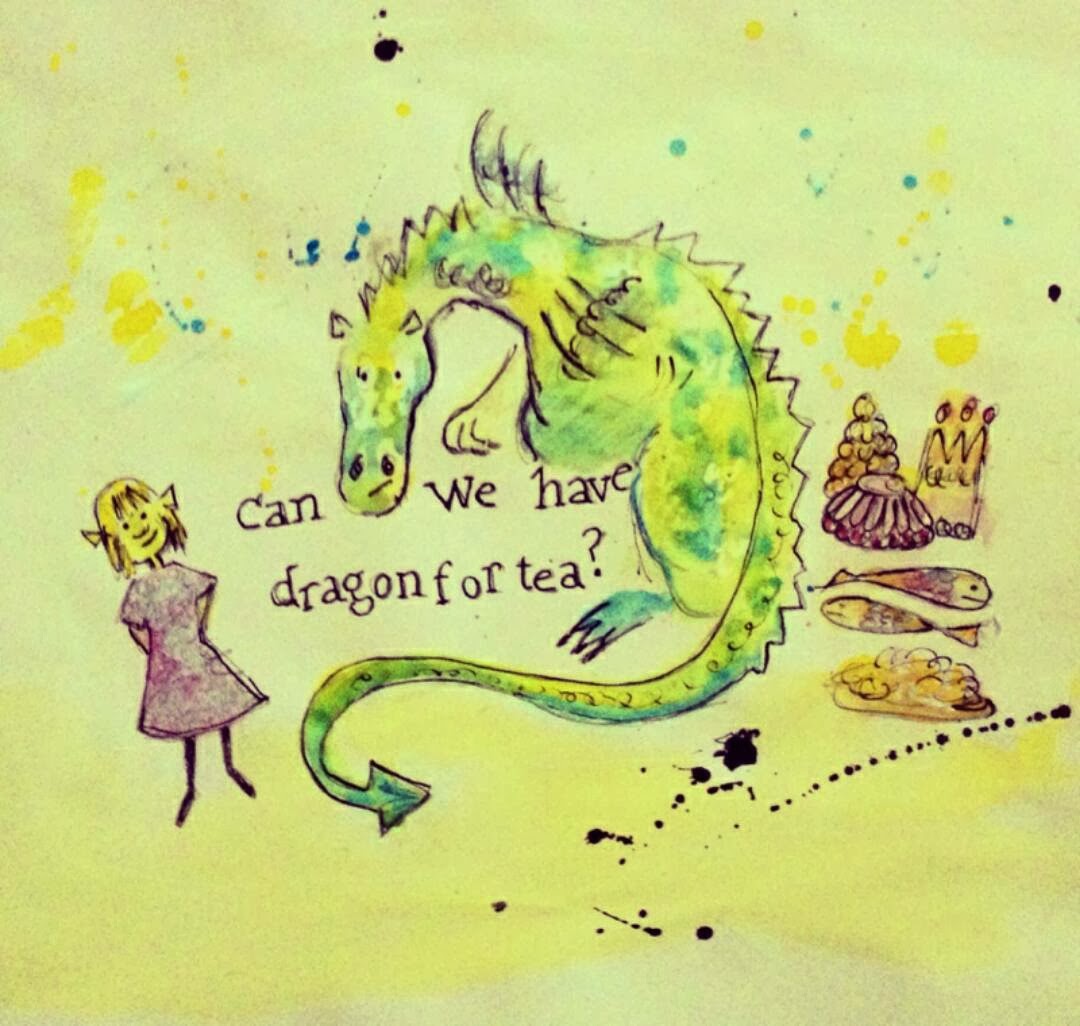