Last night saw Frances Hardinge's wonderful book, "The Lie Tree" crowned as Costa Book of the Year.  Having faced down the hotly-tipped neo-gothic of  Andrew Murray's "The Loney" alongside works by Kate Atkinson, Andrea Wulf and Don Paterson, this was a triumph not just for a fiercely entertaining, fiercely intelligent book but also for children's and young adult lit as a whole. 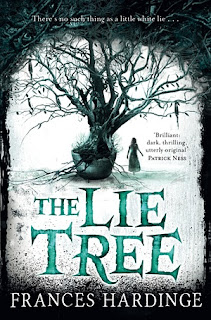 The Lie Tree itself has been described by Frances Hardinge herself as "a Victorian Gothic mystery with added paleontology, blasting powder, post-mortem photography and feminism", while I would describe it as a heady mix of E Nesbit, Wilkie Collins, MR James, Arthur Machen and Germaine Greer.  It's a book that deserves to be read by anyone over the age of eight and I really can't recommend it too highly (though I'd recommend the extraordinary "A Face Like Glass", which is packed with more ideas than a symposiumful of string theorists, even more).
at 16:34 2 comments: 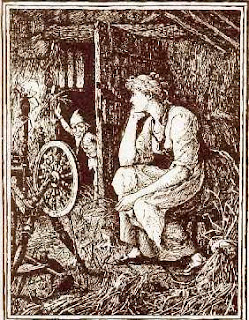 But now the BBC reports that researchers at Durham University believe that, using "phylogenetic comparative methods" they have found evidence that some tales might be up to 5,000 years old.  Given that the techniques used were borrowed from biology and that, in the absence of some storytelling Rip van Winkle from the Bronze Age, we're never going to get definitive proof, it's easy to dismiss, or at least doubt the claims. Isn't it pleasing, though, to imagine a Bronze Age parent telling something that sounds very like "Jack and the Beanstalk" or "Beauty and the Beast" to a group of gathered children and think of them thrilling at the giant chasing Jack or the Beast being transformed into a man?  And if you're not satisfied with the simple romance of that idea, well you can find delve into the full depths of the research here.
at 16:45 No comments:

A Map of Fairyland

Now here's a lovely thing: thanks to Slate and io9, I've discovered this 1917 map of Fairyland by British landscape painter Bernard Sleigh, which reveals the locations of everything from the caves mined by the Seven Dwarfs to the location of Avalon and the Gardens of Proserpine.

Sleigh himself was apparently rather obsessed with the idea of fairies, going on to write The Gates of Horn: Being Sundry Records from the Proceedings of the Society for the Investigation of Fairy Fact and Fallacy.

Those wanting a better look at the map can find it in all its glory up on its own Library of Congress page.
at 12:00 No comments:

As you'll have noticed if you tried to Google anything today, it's the 388th birthday of Charles Perrault who, more than anyone else, kickstarted the fashion for collecting, adapting and refining fairytales in Europe. And some 200 years before the Grimms set to work, to boot. 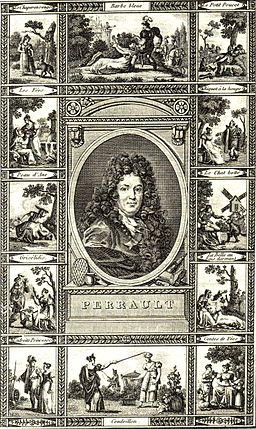 There's a good quick summary of Perrault's life and work up at The Guardian, which also has  a fun page about the lessons we should learn from fairytales, though no-one's yet mentioned the surprising durability of gingerbread as a construction material.
at 14:32 No comments: