The Woman Who Broke The World's Heart

Some say the planets are alive. A few say that our world is simply asleep, that in its dreams it dances slowly around our sun, moving in time with a tune we cannot hear. Fewer still claim that our world has a heart: a flawless gem, monstrous in size, which glows with a light stolen from the stars in a time before memory. A very few indeed – among them a man of uncertain age, more long than tall, and a silver-haired mistress of thieves – say that in a time at the edge of imagining, a splinter of the world’s heart was stolen.

They say this splinter was stolen from the world by a girl no taller than the top of her head and no older than her name, who wandered off from her parents one long-ago day, following the meandering path of a bird or butterfly or beetle. Whatever the creature was, it travelled high and travelled deep and they say the girl followed its path so long that many days passed and many nights passed and many yellow summers were ground into brown autumns and white winters by the millstone of time. 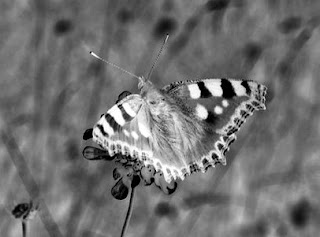 They say that at long last the girl, now a young woman, found herself at the foot of a high mountain in a time of great storms and that, spying a crack in the mountainside, she slipped from the wet grass into the dry earth, where she found a tunnel lit by soft-glowing moss and sounding to the quiet laughter of a shallow-bedded brook.

They say the young woman walked beside the brook, following as it delved deep into the mountainside, through measureless caverns, past walls streaked with gold and columns studded with gems, until she came at last to a vast, dark sea, where she stepped into the waters and began to swim.

They say she swam onward into darkness without a thought and never tiring until at last she came to an island in the very middle of our world, a place of dark and of emptiness, with no paths to follow and no sign as to the way home. And there, they say, she began to weep.

She wept so long the sea itself was drowned and the cavern that roofed it rings still with the sound of her sobbing. And then she was silent.

How many steps time danced during that long, dark silence no-one knows but, for all the while it lasted and for all the years that the girl had followed the bird or butterfly or beetle and that the young woman had walked and swam and wept in the dark, each step of her journey had been watched by our world. Now the world is an old, slow creature, its body bound by the ropes of the stars, its mind quieted by the music of time, but within its old, slow mind, something was stirred by this frail little thing in the darkness and at this stirring, the light of a kind of pity was kindled.

And so, at first in a mere gleam but then in a great refulgence, the little island upon which the young woman had sat and wept was illuminated. And so she saw that she was a young woman no more: her dark hair was white and her strong limbs were thin and the skin that had once wrapped her body so tight now hung from her in folds and she would have wept again but all her weeping was done. And so absolute was the despair of this tiny being nestled inside it that the great beast that is our world felt a shard of its heart break and fall from its place high in the cavern’s roof onto the island below. And, in that moment, the light of pity was doused and all was returned to darkness and the echoes of the woman’s old weeping.

And then? Some say the woman passed away with the fading of the light. A few say she quietly stepped into the vast, dark sea where she slipped from this world into memory. Fewer still say she lives on, staring out into the endless dark and listening to the sound of tears she can no longer shed. And a very few indeed say that, after the world had danced a hundred times about the sun, someone who was both a girl and a young woman and an aged dame walked out of a crack in a mountainside, carrying with her a fragment of the Heart of the World.
at 08:41